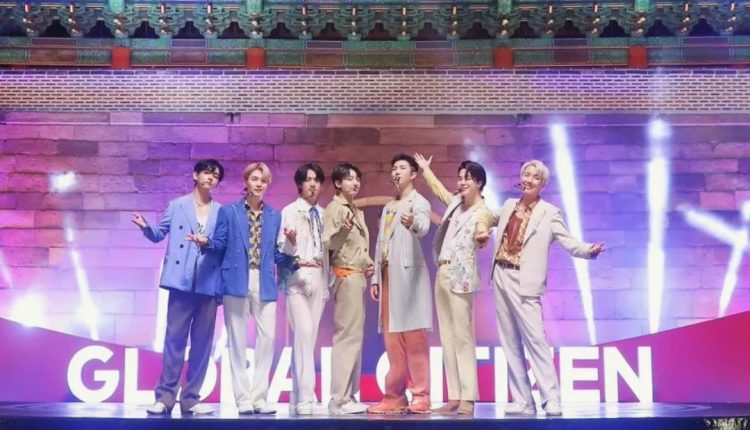 International advocacy organisation, Global Citizen, in partnership with Wizcraft, has organised a 24-hour across the globe live event to raise awareness on variety of issues like poverty, climate change and others.

The event kicked off on Saturday in Paris, where Elton John performed in front of the Eiffel Tower. He took to the stage following a pre-recorded performance by the K-pop band BTS.

BTS performed their hit songs Permission to Dance and Butter and welcomed masked back-up dancers to share the stage with them. The show, believed to be one of the biggest-ever international charity events, was organised by Global Citizen – a charity working to end extreme poverty by 2030.

BTS’ latest release, a collaborative single ‘My Universe’ with Coldplay also made its due appearance at the concert as the English band performed it to a cheering crowd with BTS’ image in the background. Chris Martin gave a shoutout to BTS, who joined them virtually, by calling it one of their most fun songs.

Amazing show @coldplay and @BTS_twt i love it pic.twitter.com/Nbsx643i4b

Fans also noted that BTS’ ‘Butter’ was performed by the group on the UK broadcast of the concert, which is expected to be made available for worldwide view soon.

In First, Children To Be Part Of Mumbai International Film Festival

Priyanka Chopra Remembers Her Nani On Her Birth Anniversary: Says “Miss You…