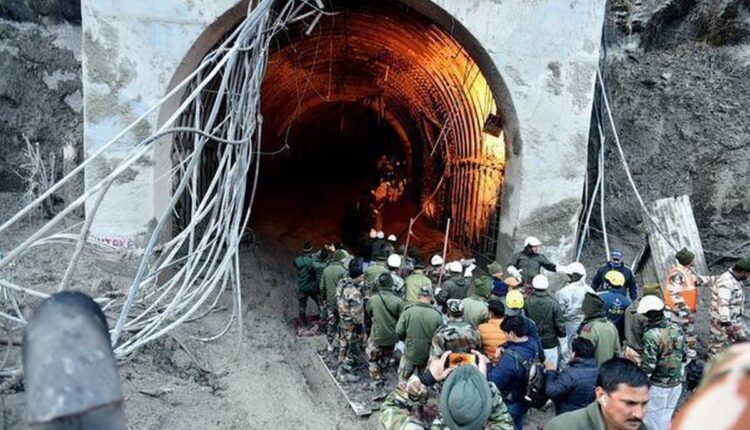 Glacier disaster: Rescuers racing against time to save lives inside Tapovan tunnel

Dehradun: The number of missing people in the Uttarakhand disaster has been pegged at 206 even as rescuers race against time to take them out.

Authorities said so far, 32 people are dead with six more bodies being recovered. The rescue operation involves around 600 rescue personnel.

The researchers feared that people stuck inside the tunnel might have been affected with hypothermia. The flash floods three days ago was due to hanging glacier collapse.

Preliminary study by scientists at the Wadia Institute of Himalayan Geology said that rock mass weakened over a period of time due to freezing and thawing of snow that possibly led to the creation of a “weak zone” resulting in the formation of a temporary dam that breached.

This has caused deadly floods in Alakanada river. The glaciers feed the Rishiganga river, which meets the Dhualiganga river.

Kalachand Sain, director of the Wadia Institute of Himalayan Geology, said: “The event happened in a hanging glacier, adjacent to Raunthi glacier, which originates from Raunthi/Mrigudhani peak (6,063 metres above sea level)”.