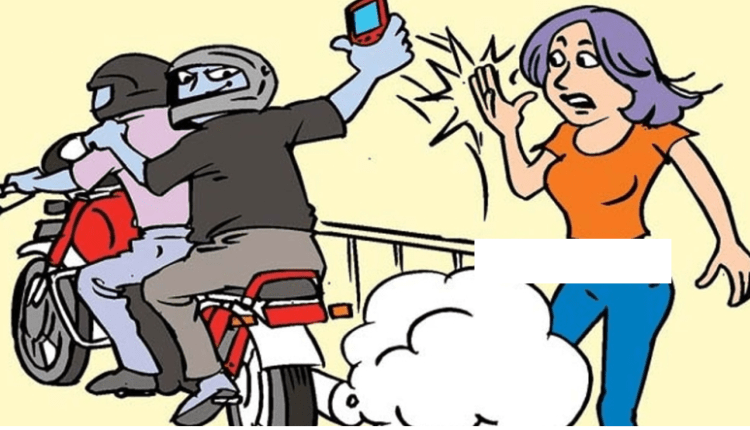 Bhubaneswar: A young girl foiled a mobile phone loot attempt and also managed to nab the robbers in Dumduma area of Bhubaneswar.

As per reports, the incident occurred last evening when the girl, identified as Rani Dakua, a resident of Sarakantara, was returning home from her workplace on a motorcycle when two motorbike-borne miscreants tried to snatch away her mobile phone.

Fighting back in the situation, Rani resisted the loot attempt. Meanwhile, Rani and the robber duo fell from the moving vehicles while the scuffle.

Rani managed to nab one of the looters following a fight.

Passersby soon gathered at the spot and thrashed the looters before handing them over to the Khandagiri police.

Rani, who gave a tough fight to the miscreants, sustained injuries during her scuffle. She has been admitted to AIIMS, Bhubaneswar for treatment.

Anti-social activities like mobile and chain snatching have become a huge menace for the residents of the Capital city with a spurt in the number of such incidents recently posing a daunting challenge for the Commissionerate Police.

In such cases, victims generally allege that the techniques adopted by the snatchers pose threat to their lives especially when they try to resist the loot.

Although police have resorted to installing barricades and CCTVs at different places, the snatchers seem to adopt new ways to loot every time.