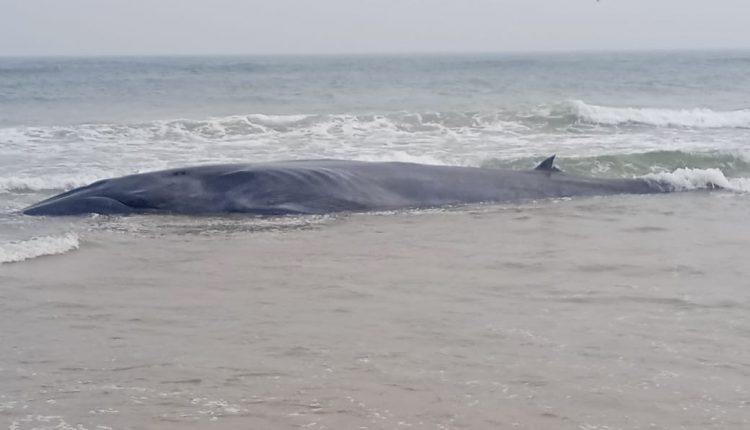 According to reports, the local fishermen spotted the giant aquatic animal, weighing over 20 tonnes, struggling to get back to seawater this morning.

While locals suspect that the whale might have washed ashore during high tide after sustaining grave injuries due to the movement of fishing trawlers in the deep sea. However, the Forest Department are yet to reveal the actual cause of the whale’s death.

Reportedly, the forest department is shifting the whale from the beach area till the writing of this report.