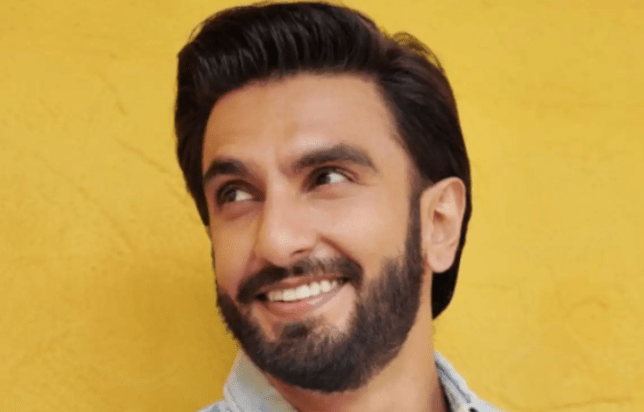 Get ready to witness the ‘roar of the lion’ this week as MS Dhoni-led CSK is ready to pounce: Ranveer Singh

TATA IPL 2022 has entered its most exciting week as the battle for playoffs has intensified. Every team in this ‘Jordar Week’ of IPL will have nothing but win on their minds for that is the only requisite for playoffs contention.

Bollywood superstar Ranveer Singh believes thrill will reach its crescendo this week and the entertainment will be out of control. The actor – who is a passionate cricket enthusiast – claimed that every single match this week is going to be a blockbuster.

Cricket experts also seconded Ranveer and claimed that by the end of this week we’ll have a clear picture of the playoffs as teams will leave no stones unturned to make a comeback.

While featuring on Star Sports promo film, Ranveer said, “Virat bhai, Hardik bhai, Buttler bhai, you are all my heroes but now is the time to become an action hero because after this week no team will have a chance of a comeback.”

Ranveer even backed four-time champions Chennai Super Kings and five-time title holders Mumbai Indians to show what they are capable of. Both the teams are languishing at the bottom of the points table this season and after returning on the winning track, both the champion sides will look to keep the momentum going.

While featuring on Star Sports promo film, Ranveer said, “The roar of the lion will be heard loudly in his ‘Jordar Week’ of IPL because Mahi’s team is injured. Every team needs to be wary of Rohit Sharma-led Mumbai Indians because they have nothing to lose but they can spoil the opposition’s playoff hopes.”

Former Indian cricketer Mohammad Kaif also opined that this week is going to be an interesting one because no team would like to take their chances.

Kaif said on Cricket Live on Star Sports, “No team can afford to take the others lightly. Any team is capable of beating anyone. Each team will try their best to get those two crucial points. It’s time for the big players to show their mettle and take their team forward.”

CSK will once again face southern rivals RCB in the ‘Jordar Week’ and experts are anticipating a mouth-watering contest.

Former Indian captain Sunil Gavaskar believes Super Kings have a lot of catching up to do but the defending champions can still make a turnaround and qualify for the playoffs.

Speaking on Cricket Live on Star Sports, Gavaskar said, “They have a lot of catching up to do but they are a team that knows how to make a comeback. But they need to turn it around quickly. We saw what happened with KKR last year. When the tournament was being held in India, KKR were nowhere in the picture but in the UAE they won just about everything and went into the finals. So things can turn around in a jiffy in this tournament.”

Watch Chennai Super Kings vs Royal Challengers Bangalore on 4th May from 6:30 pm onwards on the Star Sports Network and Hotstar