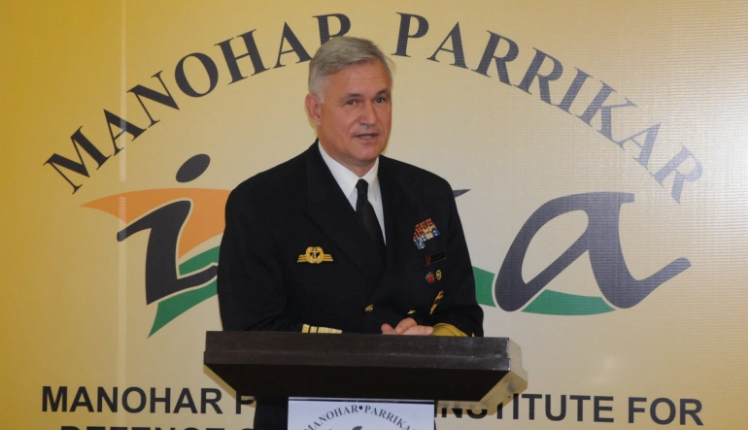 Berlin: Following his controversial remarks on the crisis in Ukraine, the head of Germany’s navy, Kay-Achim Schoenbach, has resigned, a defence ministry spokesman said.

“Is Russia really interested in having a tiny strip of Ukraine’s soil? No. Or to integrate it in the country? No, this is nonsense. Putin is probably putting pressure because he knows he can do it and he knows that it splits the European Union,” Schoenbach said.

“What he (Putin) really wants is respect. And my God, giving someone respect is low cost, even no cost … It is easy to give him the respect he really demands – and probably also deserves,” he added, calling Russia an old and important country.

The comments came at a sensitive time as Russia has amassed tens of thousands of troops on Ukraine’s borders. However, Russia denied that it is planning to invade Ukraine.

The comments also sparked consternation and a swift rebuke back in Berlin.

By late Saturday, Schoenbach had presented his resignation, saying he wanted to prevent further damage to Germany and its military.

“My rash remarks in India … are increasingly putting a strain on my office,” he said. “I consider this step (the resignation) necessary to avert further damage to the German navy, the German forces, and, in particular, the Federal Republic of Germany.”

Micromax In Note 2 To Launch In India On January 25