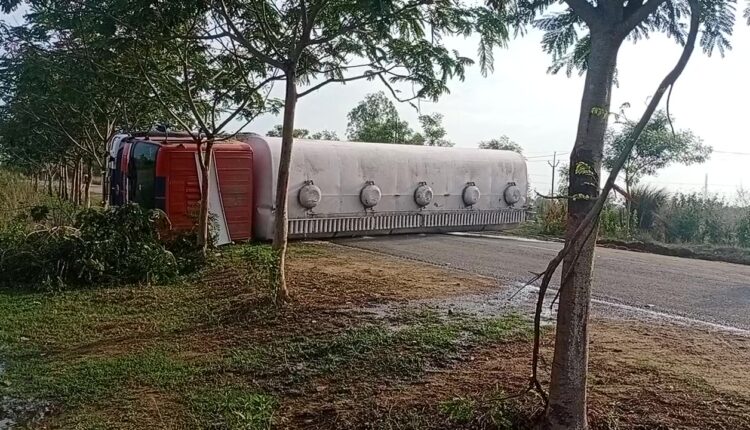 According to sources, the tanker carrying spirit overturned allegedly due to carelessness of the driver, resulting in leakage of methyl spirit.

While the driver of the vehicle sustained grievous injuries, the helper escaped with minor injuries.

However, the accident has triggered panic among the locals as the spirit is reportedly leaking from the truck.

On being informed, police reached the spot and blocked the Bhanjanagar-Berhampur road to avoid any untoward situation.

Total Lockdown In Tamil Nadu From May 10