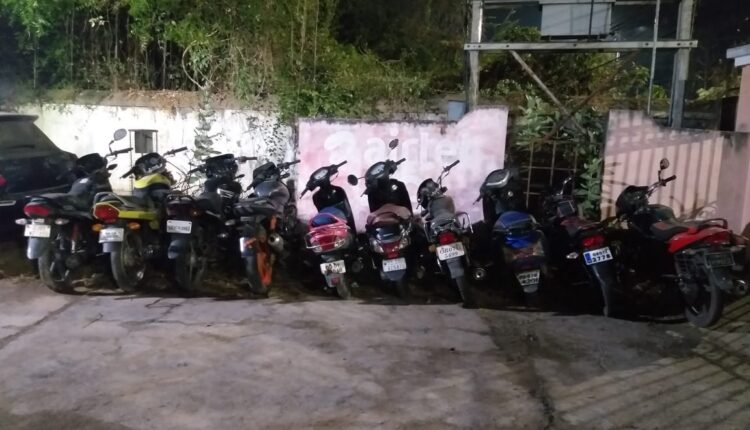 Ganjam: A bike-lifting gang was busted and its king-pin was arrested by Ganjam police. The gang-leader has been identified as L Shiva Reddy, a native of Gokarnapur under Digapahandi police limits.

According to available information, L Shiva and aides looted many bikes from MKCG campus, Gosaninuagaon and Baidyanathpur area.

Acting on a tip-off, a joint team of Baidyanathpur, Gosaninuagaon and Town police conducted a frequent raid in different places and apprehended the accused.

Nine bikes have been recovered from Shiva’s possession.