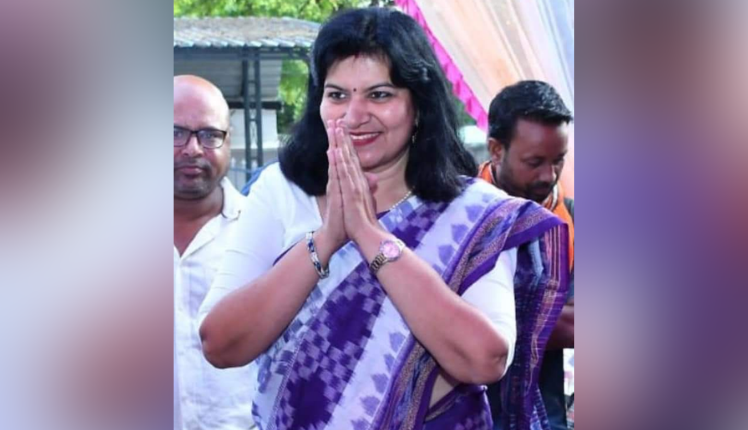 Bhubaneswar: While Bhubaneswar MP Aparajita Sarangi along with her supporters and BJP members en route to the famous Tara Tarini temple, her vehicle was intercepted the local administration didn’t allow movement of the vehicle around 3 km away from the shrine.

When asked, she said, “if this is how Goddess Taratarini wants her to visit the shrine, then so be it.”

“I used to come here when I was posted in Berhampur as the Additional District Magistrate (ADM). Everything is done as per the direction of the almighty. I am glad that I could see her after so many years,” she said.

However, the IAS officer-turned-politician denied making any allegations against anyone.

Sarangi said, “I wanted to come here to seek the blessings of Maa Taratarini. When an invitation from the Ganjam Vikash Manch arrived, I was elated. I do not want to make any allegations against anybody whatsoever. This seems to be the wish of Maa Taratarini, so I am walking.”