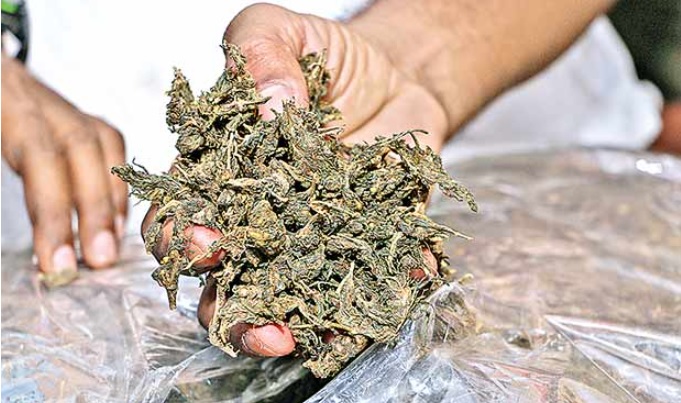 Koraput: Police have seized a huge cache of ganja from the Lamtaput area in the Koraput district on Friday and arrested three persons in this connection.

The arrestees have been identified as Sudarshan Lendru of Mashkunda police station, Umesh Babu of Uttar Pradesh, and Singhpal.

Acting on a reliable input, police conducted a raid and seized  223 bags of cannabis smuggled in a truck loaded with salt near Tikaput village. The smugglers kept a bag of salt on top of the loaded with ganja sacks.

The cops have arrested three ganja mafias, including a 14-wheeler truck loaded with 5 tonnes of cannabis. However, two more smugglers have escaped from the spot taking advantage of the situation at night.

The estimated value of the seized ganja is around Rs 5 crore, police said.

Police have registered a case and initiated a manhunt to apprehend the escaped smugglers. Further investigation is underway in this regard.