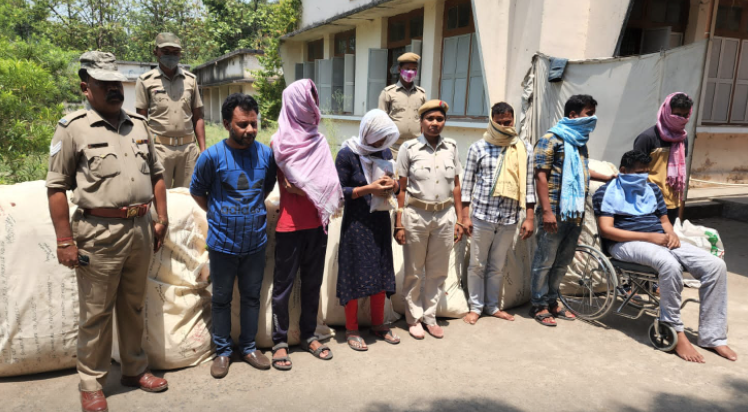 Acting on a reliable input, the officials conducted a raid and busted the racket while the contraband was being transported to Madhya Pradesh, Maharashtra and Chhatisgarh in an ambulance.

During the raid, the cops also seized three vehicles and seven mobile phones from them.