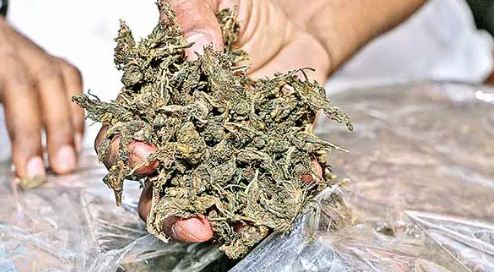 Rayagada: In a major crackdown, Excise department personnel have seized a ganja laden truck at Mukundapur valley in the Rayagada district today.

Acting on a tip-off, a squad of the Excise department have intercepted the vehicle and seized ganja around 16.22 quintals of ganja packed in 56 gunny bags from the truck.

However, the accused driver managed to flee, leaving the truck on the spot.

An investigation has been initiated in this connection and a manhunt has been launched to nab the absconding culprit, police said.