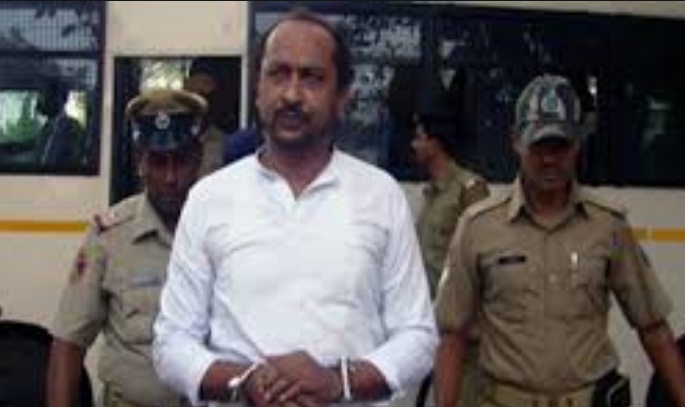 Bhubaneswar: The Commissionerate Police here on Friday booked gangster Raja Acharya under the National Security Act (NSA). Acharya gained notoriety by spreading a reign of terror in the Twin Cities of Cuttack and Bhubaneswar.

Police Commissioner Sudhansu Sarangi today directed to book the gangster under the NSA on charges of extortion, creating terror and public nuisance. The development came after Acharya was granted bail by a local court here in connection with an extortion case.

Acharya was arrested by Capital police station in October for allegedly demanding and collecting extortion. More than 30 cases are pending against the gangster in various police stations in the twin cities.

Gangster Raja Acharya was the main accused in killing judo coach Biranchi Das on April 13, 2008, in Bhubaneswar and was arrested from Goa on May 28 in the same year. Acharya, who is a murder convict serving a life sentence, was released from jail on bail in April last year. He was also awarded a four-year jail term in October 2011 for abducting Arun Mantri, brother of Ollywood actress Bidusmita in April, 2008.