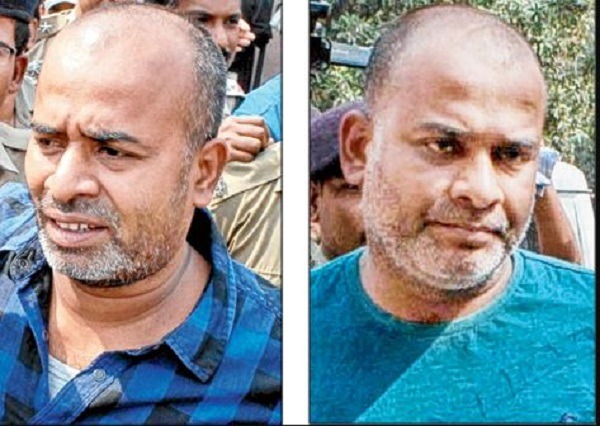 Cuttack: The Gangster Dhalasamanta brothers were sent to jail by Commissionerate Police after their remand period ended on Sunday.

The Commissionerate Police have registered a case against the gangsters in Markat Nagar police station relating to the seizure of arms and cash. They were also booked in another case in the CDA Phase II extortion charge.

The police have registered over 20 cases against the gangster Dhalasamanta brothers. Sushant and Sushil are lodged in the district jails in Balangir and Balasore respectively.