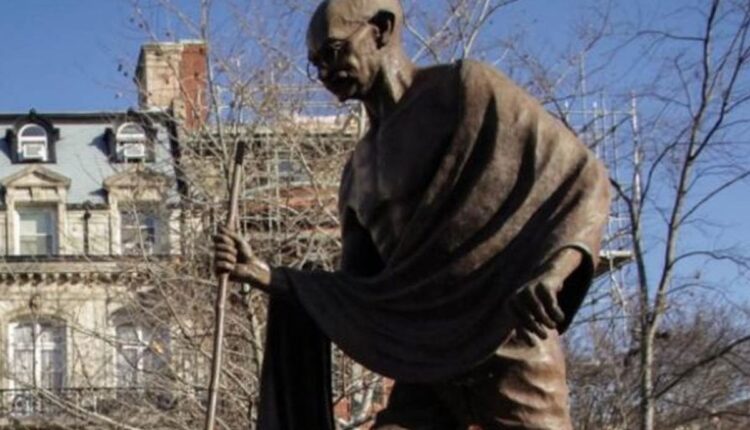 New Delhi: India has described the vandalism of Mahatma Gandhi statue in California in the United States as “malicious act”.

It said this act is against “universally respected icon of peace and justice”.

The 6-ft tall, 650-pound (294 kg) bronze statue of Gandhi was vandalised by unidentified miscreants in the Central Park of the City of Davis in Northern California on Thursday, triggering widespread outrage among Indian-Americans across the country.

The Ministry of External Affairs has deplored the incident. It hoped that US administration will bring the perpetrators to justice at the earliest. The ministry said that the Indian Embassy in Washington DC has taken up the matter with the US Department of State for a thorough investigation.

Mahatma Gandhi’s statue was gifted by the Indian government that was installed in the city of Davis four years ago. The installation of the statue had triggered anti-Gandhi and anti-India outpourings.