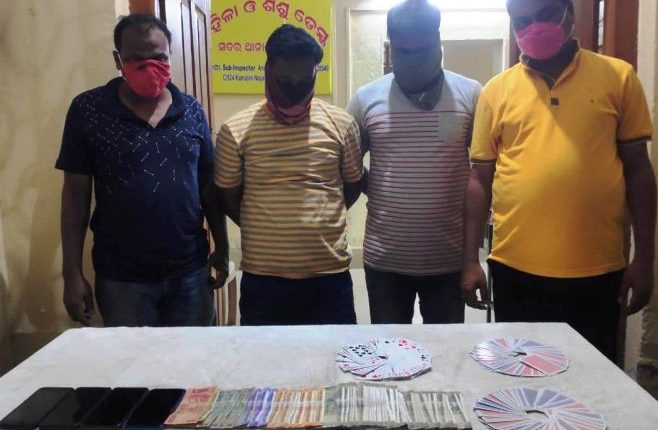 Sambalpur: Police have busted a gambling den with the arrest of four persons at Chandmunda under Sadar police limits in Sambalpur district. The arrestees have been identified as C. Shivshankar (32), Bibek Bhusan Naik (40), S. Rames Rao (45), and Y. Raji Agrawal (44).

Acting on a tip-off, police conducted a raid at the bamboo forest and arrested the accused person while they were playing cards by betting Money locally known as TINPATTI. The cops also seized Rs 59640, two packets of Playing cards, four mobile phones, two motorcycles,  a car, and a plastic mat.

A case (189/21) has been registered under relevant Sections of the OPG Act and further investigation is underway into this matter.