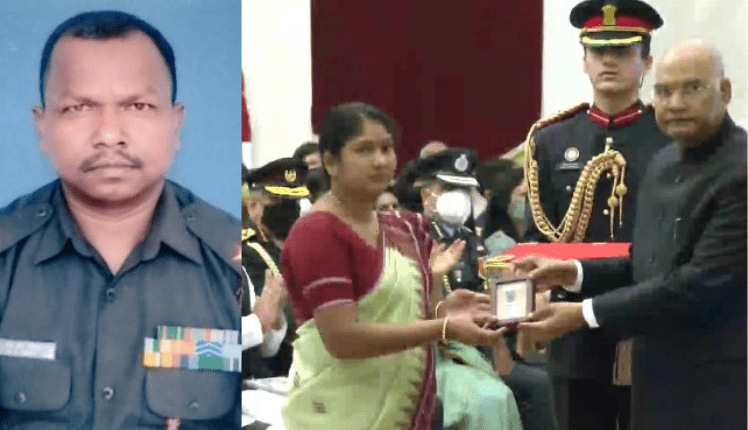 Soren’s wife received the award from President Ram Nath Kovind at the Rashtrapati Bhavan, New Delhi for his gallant actions against the vicious attack by the Chinese Army in the Galwan valley in June last year as part of Operation Snow Leopard.

Soren was part of the 16th Bihar regiment. He was targeted by the enemy soldiers with lethal and sharp weapons and he showed raw courage, fought with resolute spirit before succumbing to his injuries. Soren is survived by his wife and three daughters.

Martyr Nuduram Soren belonged to Mayurbhanj district of Odisha. He was one of the 20 soldiers who was martyred at the Galwan valley along the India-China border during a violent border clash with the Chinese troops in 2020.