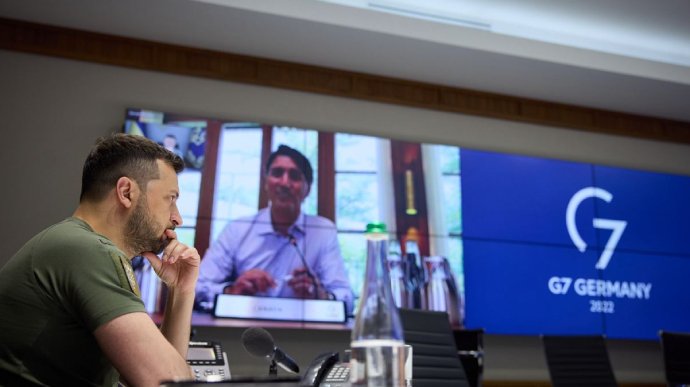 G7: Zelenskyy Says War Needs To End By This Winter

Schloss Elmau: Ukrainian President Volodymyr Zelenskyy has urged G7 leaders “to do everything possible” to end the war in his country by the end of the year.

Addressing their summit in Bavaria by video link, Ukraine’s leader appealed directly to the leaders for more help for his country, and for “intensified sanctions” against Russia.

It came as G7 leaders pledged to continue to support Ukraine in the long term.

Zelenskyy “had a very strong message that we must do everything possible to try to end this war before the end of the year,” the sources said. He also stressed the importance of “not lowering the pressure and continuing to sanction Russia massively, heavily”.

The West has already adopted several packages of measures since the start of the Russian offensive on Ukraine on 24 February.

During his speech, the Ukrainian president “spoke of the harshness of winter” in Ukraine “where it is more difficult to fight”.

“At the end of the year, we will enter a situation where positions will be frozen,” the sources said.

According to a European official quoted by Reuters, Zelenskyy also called for anti-aircraft defence systems, security guarantees, as well as help to export grain from Ukraine and for reconstruction aid.