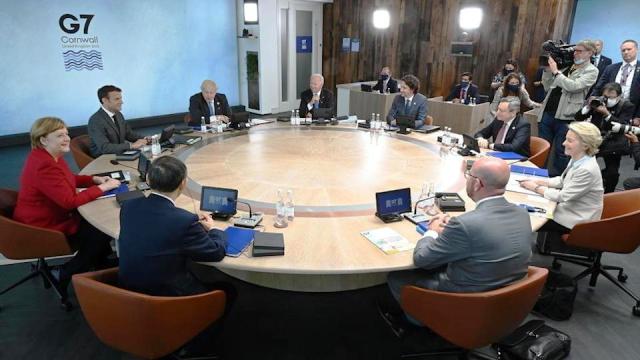 UK Prime Minister Boris Johnson has urged fellow world leaders to build back better after the COVID pandemic. Johnson was addressing the G7 summit in Cornwall.

The UK prime minister said it was vital to learn from the mistakes of the 2008 financial crisis and tackle the scar of inequality.

In his opening remarks at the main round-table discussions, British PM said that, as the world recover from the pandemic, it is important to level up across the societies and build back better. He said there is a huge opportunity because, as G7, they are united in the vision for a cleaner, greener world, a solution to the problems of climate change.

After a day of talks at the seaside resort of Carbis Bay, leaders have joined the Queen for a dinner nearby. The distribution of COVID vaccines is also high on the summit agenda.

US President Joe Biden is among those being hosted by Boris Johnson for the three-day meeting, as well the leaders of France, Germany, Italy, Japan and Canada.

It is the first face-to-face summit of the G7 – representing most of the world’s biggest economies – since before the pandemic started early last year. European Commission President Ursula von der Leyen and European Council President Charles Michel are also attending.