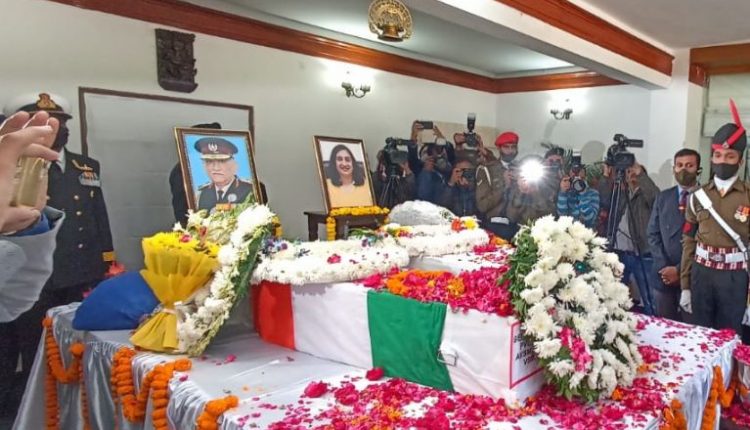 A total of 800 service personnel and several political leaders paid tributes to the CDS, his wife, and other 12 martyrs.

The entire nation bid farewell to CDS Rawat who, along with his wife and 11 armed forces personnel, died in an Indian Air Force (IAF) chopper crash near Coonoor in Tamil Nadu on Wednesday.

The funeral procession of Chief of Defence Staff (CDS) General Bipin Rawat has left his residence at Kamraj Marg for the Brar Square crematorium in Delhi Cantonment where his last rites will be performed.

General Rawat was accorded a 17-gun salute at his funeral where 800 service personnel were in attendance.

Post the playing of the Last Post and Rouse by tri-services buglers, the funeral pyre will be lit by family members at the crematorium.

Three Women Among Four Held On Theft Charges In Sambalpur