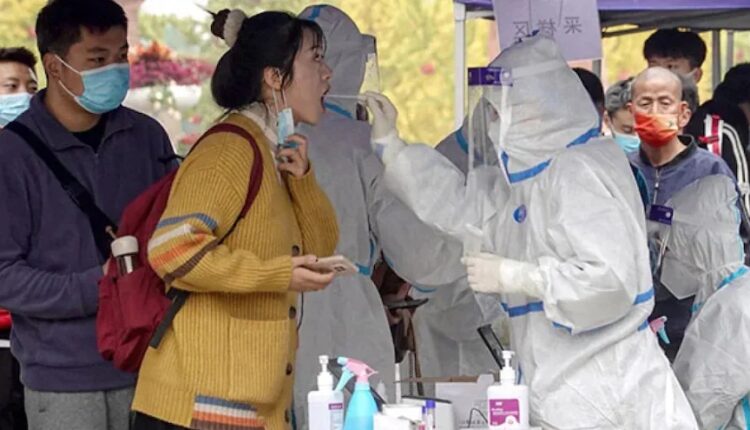 Beijing: Fresh lockdowns and travel restrictions have been imposed in Chinese cities after the number of new daily COVID-19 cases tripled during a weeklong holiday.

China is one of the few places in the world still resorting to harsh measures to keep the disease from spreading.

The 2019–2020 COVID-19 outbreak in mainland China was the first wave of the disease, and was first manifested as a cluster of mysterious pneumonia cases, mostly related to the Huanan Seafood Market, in Wuhan, the capital of Hubei province. It was first reported to the local government on 27 December 2019 and published on 31 December. On 8 January 2020, a new coronavirus (SARS-CoV-2) was identified as the cause of the pneumonia by Chinese scientists. By 29th of January, the virus was found to have spread to all provinces of mainland China. On 25 February, the reported number of newly confirmed cases outside mainland China exceeded those reported from within for the first time.[8] By the Summer of 2020, widespread community transmission in China had been ended, and restrictions were significantly eased.[9]

The Chinese government response has included a zero-COVID strategy, which aims to eliminate transmission of the virus within the country and allow resumption of normal economic and social activity, making it one of few countries to pursue this approach.

Amazing Green Banana Benefits You May Not Have Known