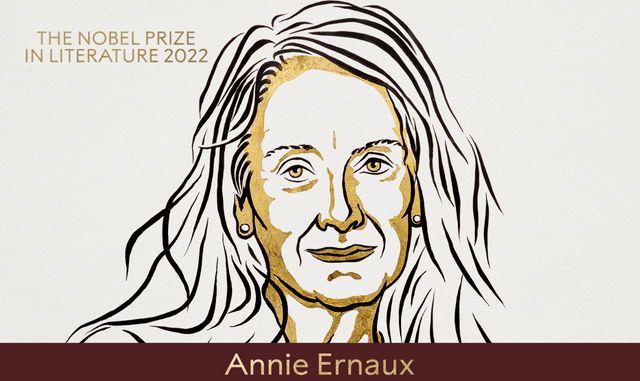 The Royal Swedish Academy of Sciences awarded the 2022 Nobel Prize in Literature to French author Annie Ernaux “for the courage and clinical acuity with which she uncovers the roots, estrangements and collective restraints of personal memory.”

The 2022 Nobel Prize laureate in literature Annie Ernaux believes in the liberating force of writing. Her work is uncompromising and written in plain language, scraped clean.

With great courage and clinical acuity, Annie Ernaux reveals the agony of the experience of class, describing shame, humiliation, jealousy or inability to see who you are, she has achieved something admirable and enduring.

Ernaux has said that writing is a political act, opening our eyes for social inequality. For this purpose she uses language as “a knife”, as she calls it, to tear apart the veils of imagination.

In ‘L’occupation’ (2002) Ernaux dissects the social mythology of romantic love. On the basis of notes in a diary recording her abandonment by a lover, she both confesses and attacks a self-image built on stereotypes. Writing becomes a sharp weapon for dissecting truth.

In her writing, Annie Ernaux consistently and from different angles, examines a life marked by strong disparities regarding gender, language and class. She has written over thirty literary works.

French writer Annie Ernaux – awarded the 2022 Nobel Prize in Literature – was born in 1940 and grew up in the small town of Yvetot in Normandy, where her parents had a combined grocery store and café. Her path to authorship was long and arduous.