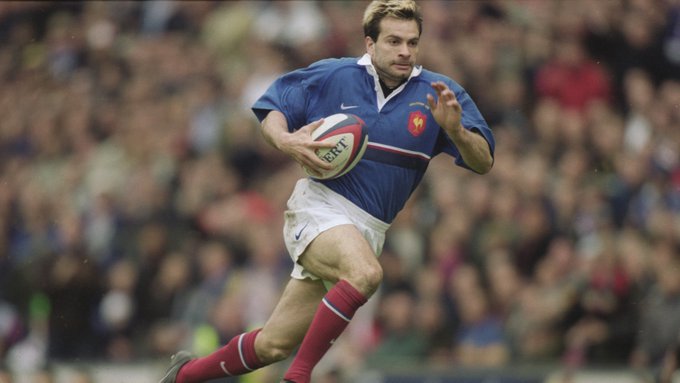 Paris: Former France international star Christophe Dominici passed away at the age of 48. The news was announced by Stade Francais, for whom he played for 11 years, while he was capped 65 times by France between 1998 and 2007.

A witness saw him climb the roof of a disused building at Saint-Cloud park, near Paris, on Tuesday before falling, officials say.

Prosecutors have opened an inquiry into the cause of his death.

A statement read: “It is with immense sadness and heartbreak that Stade Francais Paris learn of the (death) of Christophe Dominici.

“During the 11 years spent in our colours, Christophe, thanks to his incredible talent and his class, greatly contributed to writing the legend of the club.

“An international 65 times, his exploits in the blue jersey have dazzled thousands of young rugby players and allowed the French team to write some of the most beautiful pages in its history.

Dominici was best known for helping France knock New Zealand out of the 1999 Rugby World Cup.

He helped the Parisian side win five French championships while he was one of the big stars of the 1999 Rugby World Cup, particularly in France’s semi-final victory over New Zealand.

Known as Domi, he was 1.72m (5ft 6in) tall and earned a reputation for weaving runs that could change the course of a match. He played in four Six Nations-winning teams, including two Grand Slams.

His death has stunned the world of rugby. France’s rugby federation said the national sport was “in mourning after the tragic death of our wing Christophe Dominici”.