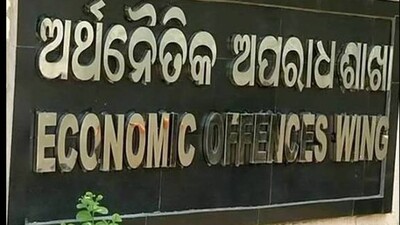 Bhubaneswar: At the request of the Economic Offences Wing, Bhubaneswar, the Bureau of Immigration (BOI) has issued a Lookout Circular against LIU YI, a Chinese national. He is the main accused in a case of running illegal digital loan Apps in India.

It is worth to mention that in one APP alone there are more than 1.5 Lakh downloads. It is suspected that they have cheated/ extorted lakhs of people across the country particularly targeting lower middle class people in the need of small loan especially during difficult time of COVID.

He started his illegal business in India in 2019 from Bangalore. His parent company was Jianbing Technoloy in Hangzhou China. He is the director of Omlette technology private limited but indirectly controls/ owns following other companies:

There are at least two more Chinese who used to assist him in his scam. They used to make his employees or any vulnerable/ needy people directors of the shell companies but actually used to control/ operate the companies and bank accounts. They also used many Call centers to make abusive/ threatening calls to loanees. It is suspected that they are running such illegal Loan APPs in other countries too especially in Thailand.

In this case EOW has already arrested 5 accused accomplice of Chinese mastermind. EOW is in touch of various state police and has conducted raids in Mumbai, Bangalore and Delhi. More than Rs 6.57 Crore has been frozen.

On denial to pay the high rate of interest, the concerned customer is humiliated/ bullied in many ways. Obscene messages and indecent pictures alongwith abusive texts in filthy languages are sent to his/her whatsapp number and as well as to his/her contact list as a coercive measure to recover the loan amount with interest. This process of recovery is so overbearing and humiliating that there are some instances of the customers committing suicide.

There has been already more than 1.5 lakh downloads of KOKO and JOJO loan. EOW has received more than 100 complaints from Odisha related to illegal/ abusive activities of illegal Loan APP. Look Out circular is generally issued to alert immigration check posts at airports/seaports etc. to alert law enforcement agency if the wanted person tries to leave the country or arrive inside country from abroad.

In order to contain these types of crime and to create general awareness among the public, it is hereby advised/ requested to the public that not to take any loans from unregistered/ illegal loan apps available on Internet and Play Store as the loan apps on pretext of advancing loan, access/ hack all information from the customers phone, which may later be used by the company to perpetrate some other financial crime.

Such loan apps also harass the customer by charging not only a high rate of interest but on failure to repay the same, harass them by sending obscene and indecent representation of the customers photos to their contact list. Hence, on failure of repayment of loan , the consequences has to be borne not only by the customer but also by their family members and friends/contacts. Many times money is also credited just after downloading the APP without actually asking/ requesting money.

Even if someone has already downloaded/ taken loan, they should not surrender/ tolerate the abusive/ harassing behavior/ torture but instead report the matter to police. And in no case they should take the extreme steps like committing suicide.

1. Please do not give your documents for opening of bank accounts to be operated by someone else and also don’t allow anybody to use your SIM to be used by someone else. These things can be used for illegal purposes.

Olympian Mo Farah praised after revealing he was trafficked into UK

Chromecast Launched With Google TV In India, Priced At Rs 6,399