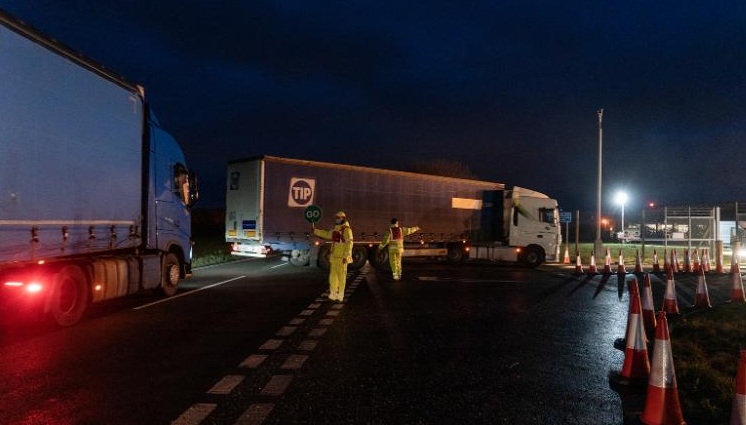 France to reopen border with UK

Paris: France will reopen its borders to passengers from the United Kingdom on Wednesday saying that it would allow some personal travel and thousands of stalled freight trucks to resume movement between both countries.

“Planes, boats and Eurostars will resume service tomorrow morning. French nationals, residents in France and those who have a legitimate reason must present a negative test,” France’s Transport Minister Jean-Baptiste Djebbari tweeted.

With queues of trucks snaking to the horizon in England and some supermarket shelves stripped just days before Christmas, British Prime Minister Boris Johnson scrambled to get French President Emmanuel Macron to lift a ban on freight from Britain.

Late on Tuesday, a deal was reached with Paris to allow French and other EU residents to return home, providing they have a negative COVID-19 test that is less than 72 hours old.

Fearing the spread of a potentially more contagious coronavirus variant, France was among dozens of countries which closed their borders with the UK over the weekend.

The French communique had said that people entering France could also take a polymerase chain reaction (PCR) test instead of the antigen test. However, the turnaround time for PCR tests in the UK can range from one to three days, according to the latest data from the UK Department of Health.