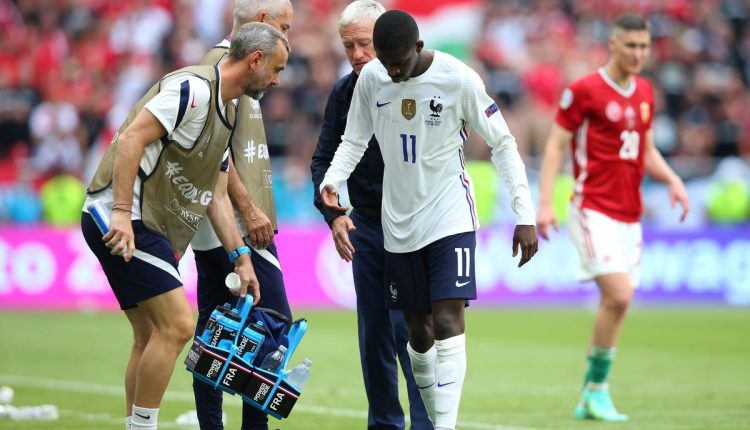 Rome: France forward Ousmane Dembele has been ruled out of Euro 2020 with an injury, the French football federation said on Monday.

“Ousmane Dembele had an X-ray at the Budapest hospital on Sunday night,” the FFF said in a statement, without elaborating on the nature of the injury.

“The recovery time is incompatible with him staying in the squad. After discussing with the player and (team doctor) Franck le Gall, (coach) Didier Deschamps has acknowledged that Ousmane Dembele is ruled out for the rest of the tournament.”

France are top of Group F with four points, one ahead of Portugal and Germany and three above Hungary before taking on Portugal in the last round of group games on Wednesday.

Maximum Of 10, 000 Fans Per Venue Allowed For Tokyo Olympics