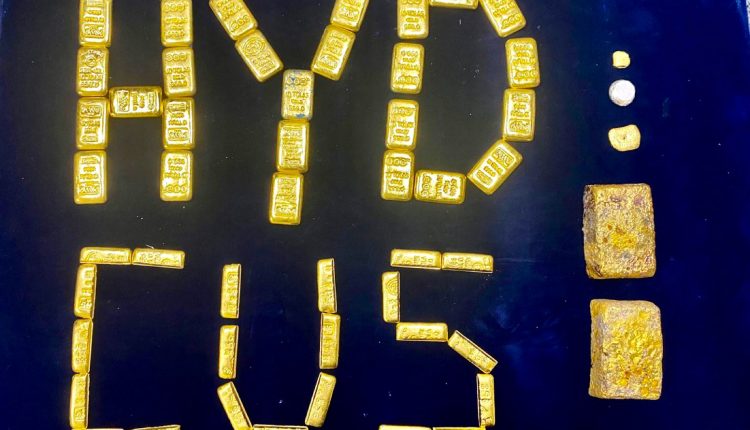 Hyderabad: Customs officials have arrested four Sudanese passengers for smuggling 7.3-kilogram gold by concealing it in rectum at the Rajiv Gandhi International Airport in Hyderabad, authorities said on Friday.

According to reports, two male and two female passengers arrived at the Rajiv Gandhi International Airport on a Dubai-Hyderabad Air India flight. However, they were intercepted by customs for checking.

Upon search, the customs recovered around 7.3 kilograms of gold concealed in their rectum. The seized gold is — valued at approximately Rs 3.6 crores, authorities added.

It may be mentioned here that the Dubai-Hyderabad route has been witnessing a surge in the smuggling of gold for the past few months. Earlier in October, Hyderabad customs officials had seized over 1,200 grams of gold in the form of paste from a female Sudanese passenger who had hidden the contraband in her undergarments and hand-baggage.

A few months ago, over six kilograms of gold paste concealed in a rechargeable lantern was also recovered at Hyderabad airport in October this year.