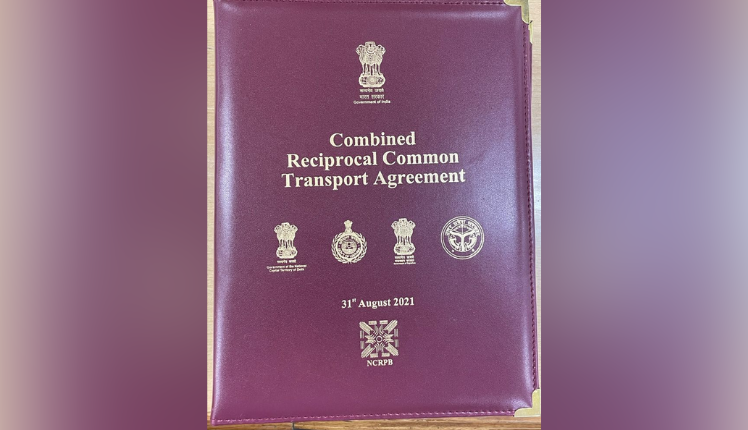 On the initiative of Member Secretary, NCRPB, and with the consent of the NCR participating States, NCRPB simultaneously worked on having the revised Agreement.

One of the policy proposals of the Regional Plan-2021 for the National Capital Region is the unrestricted movement of buses, taxis, and auto-rickshaws within NCR. Implementation of this policy is important to facilitate the general public to commute between Delhi and the rest of NCR seamlessly.

Now, as the NCR States with the efforts of their respective Transport Commissioners and Secretaries, have completed necessary action required u/s (5) and (6) of the Motor Vehicle Act 1988 and notified the Combined RCTA. NCR Planning Board is happy to finally issue the Combined Reciprocal Common Transport Agreements (CRCTA) covering both Contract Carriage & Stage Carriage.

The CRCTA shall come into force with immediate effect, for ensuring seamless movement of passenger vehicles in NCR shall be valid for next 10 years. The Combined RCTA for Stage and Contract Carriages for Passenger vehicles in NCR builds on the earlier separate RCTAs for these two categories and takes it further to facilitate ease of seamless passenger transport in NCR.

The new agreement provides for single-point taxation to state owned transport bodies wherein road tax/passenger tax etc. shall be payable by them only in one NCR State and exempted from such taxes/fee in other NCR States. This has been agreed by all the NCR States with a view to nudge passenger shift from private to public transport to contribute towards reduction in pollution in NCR.

The new Combined agreement also provides for exemption in such taxes to buses etc. of educational institutions. The NCR States have agreed to forego such revenues in larger public interest of cleaner NCR. Such revenue loss is estimated to be around Rs.100 crore annually. Hence this new Combined RCTA for Stage and Contract Carriages in NCR, heralds higher level of inter-state cooperation, under the leadership of NCR Planning Board.