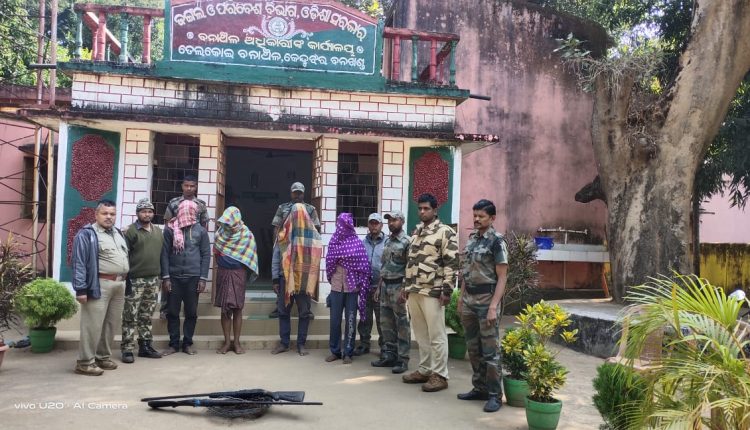 The arrestees have been identified as Chagulu Patra, Niranjan Patra, Nayana Patra of Similipal village under Talpada section and Sumanta Sahar of Ranibeda Village under Bimala Forest.

Acting on a tip-off, the forest officials conducted raids at two places and arrested the accused persons. The officials have also seized two countrymade pistols, bows and arrows from them.

A case has been registered and the accused persons have been forwarded to the court, officials said.

It is pertinent to mention that a few days ago, a pregnant elephant along with a baby elephant was killed by poachers with poisoned arrows.