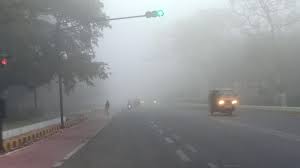 Bhubaneswar: After a brief respite, biting cold wave conditions revived in Odisha on Tuesday with the mercury plummeting below 10 degree Celsius in at least four places.

Phulbani in Kandhamal district became the coldest place in the state as the minimum temperature dipped to 6 degree Celsius, the Meteorological Centre here said.

Meanwhile, the minimum temperature (night temperature) will be below normal by 3-4 degrees at many places over the districts of Odisha during the next 1-2 days, informed the regional meteorological centre.

The minimum temperature is very likely to fall by 1-2 degrees during the next 24 hours and gradually rise by 2-3 degrees thereafter over the districts of Odisha, it added.