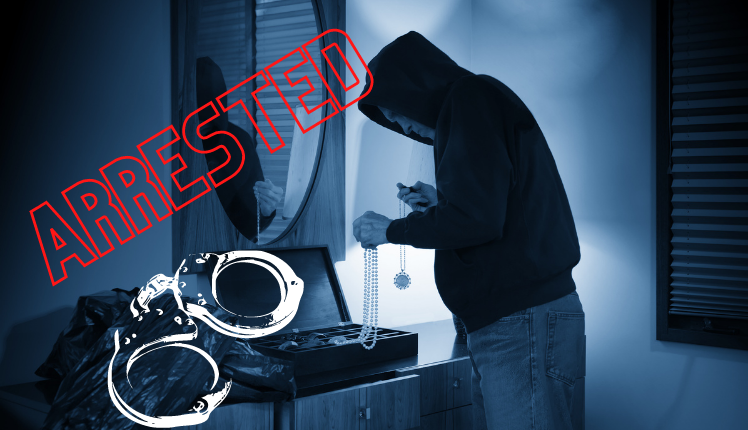 Cuttack: Four persons of a gang were arrested on Monday in connection with a burglary case at the Bidanasi area under Bidanasi police limits in Cuttack city.

As per a complaint lodged by one Subash Chandra Das at Bidansi Police Station on the evening of March 9, he had at around 6 am on that day noticed that the window of the north side of his house has been broken and the iron grill has been removed.

Subsequently, he found the almirah open and the ornaments and cash missing. In which about 120 grams of gold ornaments and Rs 1 lakh cash had been looted from the house of one at Bidanasi in Cuttack.

The photos of the criminals captured in the CCTV footage were widely circulated on social media as well as in different jails of neighbouring districts for identification.

Finally, the team was able to nab the three burglars and the receiver Gulam. Gold and silver ornaments worth over Rs 8 lakh were seized from their possession.