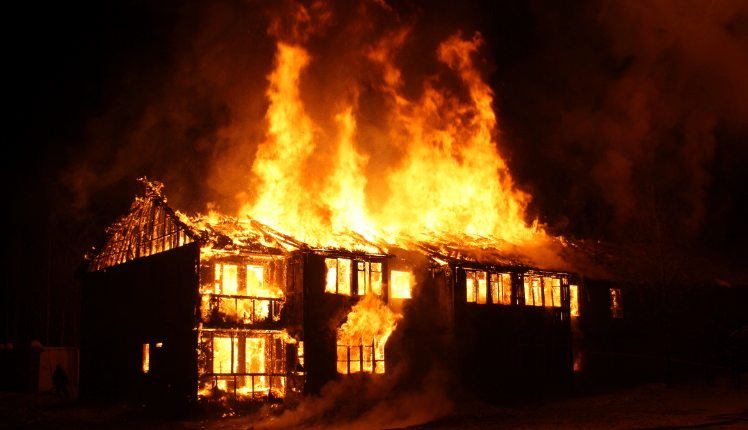 Varanasi: As many as four people were killed after a fire broke out in a sari workshop in Uttar Pradesh’s Varanasi in Ashfaq Nagar Colony on Thursday.

Meanwhile, upon the directives of the Uttar Pradesh Chief Minister Yogi Adityanath, financial assistance of Rs 4 lakh has given to the kin of each deceased.

According to reports, the mishap occurred at around 11.30 am when the labourers were busy cooking food in the room allocated for the sari workshop, which triggered a short circuit in electric wires.

As the flames engulfed the premises of the building, four people who were stuck inside suffered severe burn injuries and died on the spot.

The deceased have been identified as a 45-year-old Madanpura native, his 22-year-old son and two labourers aged 17 and 18 from Bihar.

As soon as the news of the fire broke out and victims started screaming for help, local people tried to douse the flames and took out the cylinder from the room. The bodies of the deceased were handed over to the family members after the post-mortem examination.