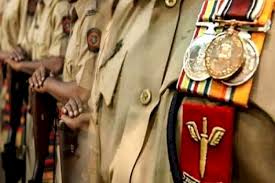 Bhubaneswar: Four police officers from Odisha have been conferred with the Union Home Minister’s Medal for Excellence in Investigation for 2021 for their excellence in investigation.

As many as 151 police officers in the country have been conferred with the Union Home Minister’s Medal for Excellence in Investigation for 2022 for their high professional standards of investigation of crime, as per a statement of the Ministry of Home Affairs.

Among the awardees, 15 are from the Central Bureau of Investigation (CBI) and five each from Narcotics Control Bureau (NCB) and five from National Investigation Agency (NIA), as per the statement.