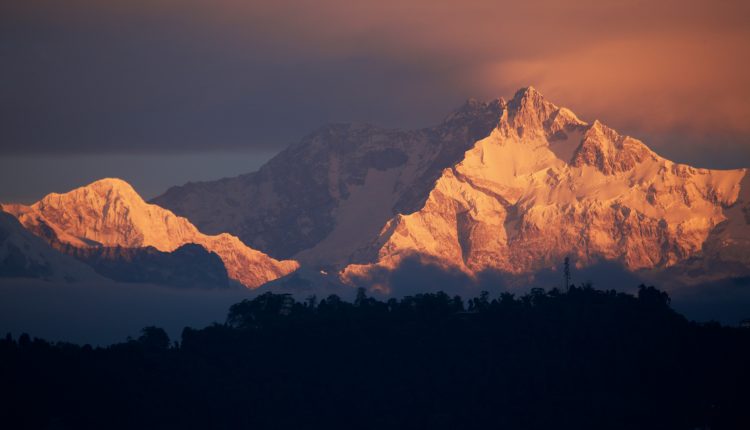 New Delhi: Sikkim is a paradise situated in the North-East part of India with mesmerizing views of the great Himalayas. Sikkim is like wonders in a small package with bewitching meadows, snowcapped and sky-piercing Himalayas, and the mesmeric charm of its vibrant culture. So if you are planning to visit Sikkim then must add these places to your bucket list.

Lachung is a popular town in Sikkim at an elevation of 9600 feet (3,000 m), and approximately 125 km from Gangtok. The phenomenal snow-capped peaks of Lachung attract tourists from all across the globe. For the uninitiated, Lachung is inhabited by Lepcha and Tibetan descendants. Apart from its spectacular scenic beauty, Lachung also offers skiing and trekking paths for adventure junkies. The historic Lachung Gompa monastery has some beautiful ancient inscriptions. Besides, in August this year, the Sikkim state government has also opened the famous Yumthang Valley in Lachung village for tourists.

Housing the world’s largest statue of Padmasambhava or Guru Rinpoche, the patron saint of Sikkim, Namchi is situated about 78 km from Gangtok and is famous for its Buddhist monastery and scenic locales. This place offers stunning panoramic views of the mountain ranges and the valley below from 1,675 m above mean sea level. Literally translating to “top of the sky” in Bhutia language, Namchi is the headquarters of the south district of Sikkim in North East India and is the second most populated district of the state. Predominantly Buddhist, the Shedrup Choeling Monastery, the Dichen Choeling monastery, and the Ngadak monastery are among the many monasteries in the region. The pilgrimage centers, natural wonders, and bio-diversity of Namchi attract flocks of visitors who come for the unmatched views of the Rangeet valley and the Kanchenjunga, the third highest mountain in the world. 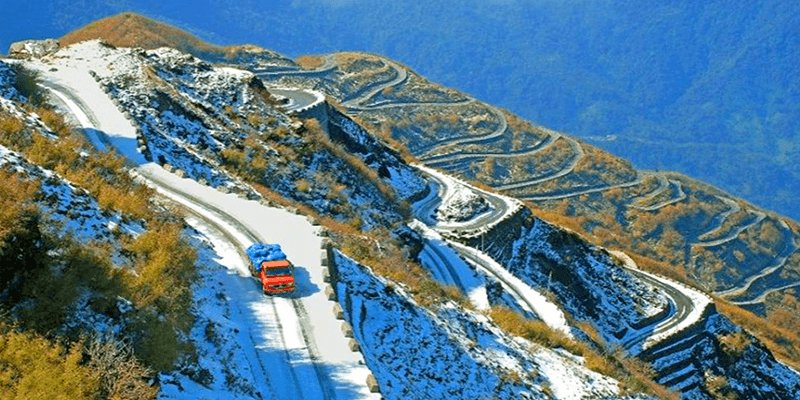 At an altitude of 14,000 ft, 56 km east from Gangtok, Nathula is located along the Indo-China border and is one of the most exotic places in Sikkim. Forming an off-shoot of the ancient Silk Route, the city can only be visited by Indians after getting permits from Gangtok. This beautiful place has derived its name from the Tibetan words wherein, Nathu means listening ears and La meaning pass. It is one of the only two open trading posts between India and China. While it was shut during the Sino-Indian war, the route was open again in the hope that it would help trade between the two countries develop. Some of the popular places to visit here are Nathula Pass and Tsomgo Lake. 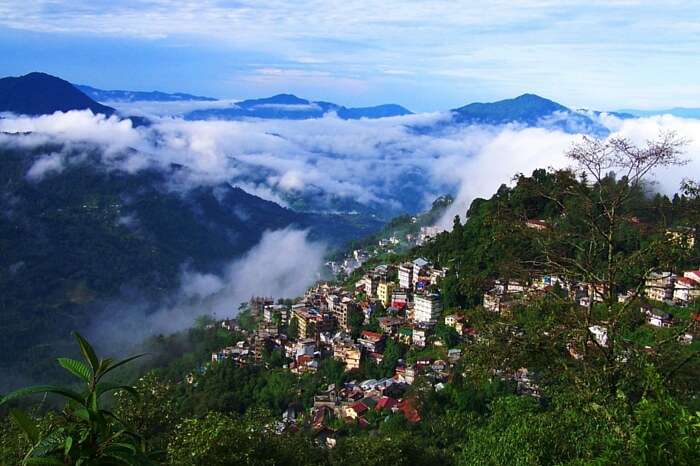 Gangtok is located right in the middle of the Himalayan range and is one of the most picturesque places to visit in India for travellers. Undoubtedly, this place presents the perfect image of India’s great and varied topography. Popular for its vibrant nightlife, restaurants, shopping complexes, pool parlours, and more, Gangtok is a preferred tourist destination by many people. Also, with the presence of so many monasteries, religious educational institutions, and Tibetology centres, Gangtok has emerged as a major centre of Tibetan Buddhist culture and learning.

One of the things that make Gangtok such an alluring holiday spot is its geography. It is located in the lower Himalayas at a height of 1,650 m making it a cool destination. It lies on one side of a hill with a promenade named The Ridge which houses the governor’s residence (Raj Bhawan) at one end and a palace at the other.