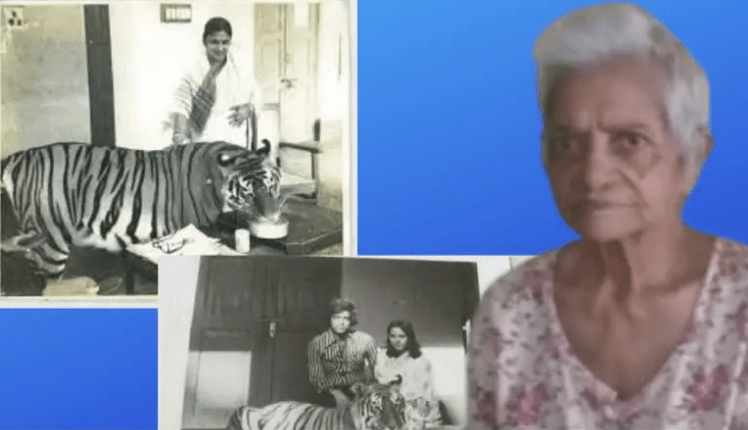 Cuttack: Foster mother of tigress Khairi, Nihar Nalini Swain, passed away at the age of 88 in Ashirvad Old Age Home at Siddheswar Sahi in Cuttack on Wednesday.

She died of natural causes, informed one of Swain’s relatives.

In 1974, an abandoned female tiger cub was found by the natives of Similipal in Odisha’s Mayurbhanj. She was brought by the natives to Saroj Raj Choudhury, the Director of Simlipal Forest Reserve.

Choudhury took the charge of that cub without any hesitation. Mr Choudhury and his wife, Nihar Nalini nursed the cub as a foster parent.

They also named it as Khairi as the cub was recovered from the bank of river Khairi. She grew very fast due to proper care and nourishment with dieting and medical attainment.

Nihar Nalini, who was spending her life at the old-age ashram, had not forgotten Khairi till her last breath, who had become an inseparable part of her family.