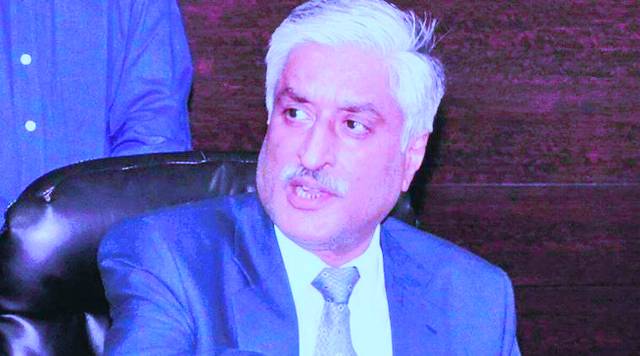 Chandigarh: Former Punjab DGP Sumedh Singh Saini, who is the main accused in 1994 triple murder case, has been “warned to be careful with his demeanour” by a court on Monday for attending the virtual hearing of the case lying on his bed.

Reports said that Special CBI Judge Sanjeev Aggarwal asked Sumedh Saini to be careful in future with his demeanour and “maintain the decorum of the court” while attending the proceedings through video conferencing. The court also noted that even though the former cop said he was unwell and down with fever, he did not produce a medical certificate in this regard to the court.

According to reports, Sumedh Saini and three other policemen– Sukh Mohinder Singh Sandhu, Paramjit Singh and Balbir Chand Tiwari– are accused in the kidnapping and murder of three persons — Vinod Kumar, Ashok Kumar, chief financiers to Saini Motors, and their driver Mukhtiar Singh — in 1994 in Ludhiana.

The CBI has alleged that Saini had hatched the conspiracy with other three accused policemen to settle a personal score against an automobile dealership in Punjab.

In compliance with the orders of Punjab and Haryana High Court, a case was registered against Saini and others. Later, the case was transferred to Delhi by the Supreme Court in 2004.