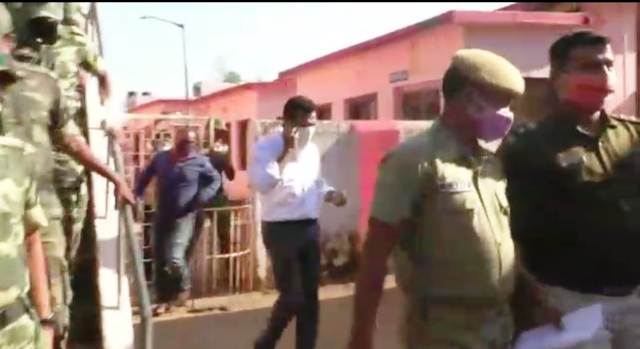 Phulbani: Phulbani Town police on Tuesday arrested a former BJD MLA, Debendra Kanhar, and one of his associates for allegedly thrashing and looting a group of tourists in Kandhamal district.

Acting in reliable inputs, a police team apprehended the former MLA from FCI Chhak in the town area. Township police registered a case (24/21) and booked the former MLA Debendra Kanhar and his accomplice, an IRB jawan, Srinivasan Kanhar, under Sections 160/21/1817/34/365 of the IPC.

They have been forwarded them to the court. However, three other people involved in the case are still at large, the police said and added that efforts are on to nab the absconding accused persons.

According to police, some tourists from Dhenkanal, identified as Kamaksha Behera and his friends, had come to the Urmagarh tourist spot near Phulbani on 9th January for picnic. However, they were beaten up mercilessly by a group of men. They snatched away money from the tourist before decamping from the spot.

Following a complaint, lodged on the 11th of last month, Town police took up an investigation and apprehended former MLA Debendra Kanhar and one of his associates on charges of involvement in the loot incident.