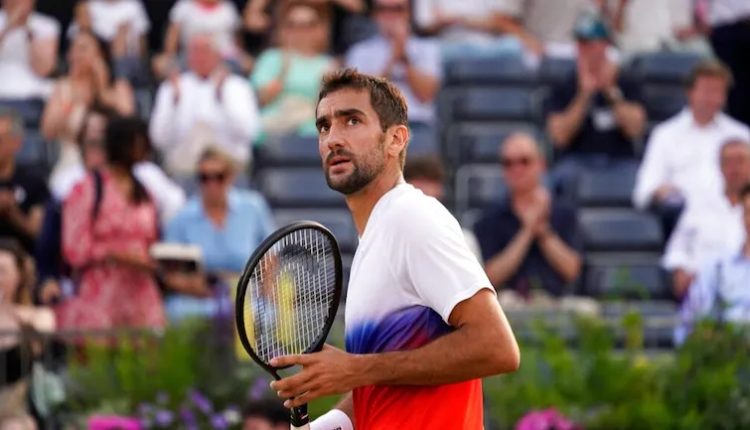 Croatia: Former finalist Marin Cilic said he has withdrawn from the men’s singles campaign at Wimbledon 2022 after testing positive for Covid-19. Cilic, a former US Open champion, had made the final at the grass-court Grand Slam in 2017 losing to 8-time champion Roger Federer.

Marin Cilic was in good form in the lead-up to Wimbledon 2022 and was expected to create a stutter at SW19 over the next two weeks. The 33-year-old Croatian had reached the semi-final of the French Open earlier this month and followed it up with a run to the last-four round at Queen’s Club ATP 500 tournament in London.

“Hey guys, I am sad to share that I tested positive for COVID,” he said on his Instagram account, adding that he was “heartbroken” to see his season on grass end due to illness.

“I have been self-isolating and was hopeful I would be ready but unfortunately I am still feeling unwell and unable to compete at my best.”

Marin Cilic, who was seeded 14th, will be replaced by lucky loser Nuno Borges of Portugal in the men’s singles draw.