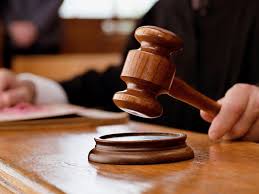 The court held him guilty of passing confidential information to ISI regarding testing of missiles at the ITR. He was convicted under Sections 121A and 120B of the IPC, and 3, 4 and 5 of the Official Secrets Act.

It is worth mentioning, Behera was arrested in January 2015 on the charge of spying for Pakistan’s intelligence agency ISI.

Behera, a contractual employee of DRDO and a native of Kantipur village under Baisinga police limits in Mayurbhanj district, was arrested on January 23 by a special team of police led by Balasore SP Awinash Kumar after a 10-month-long joint probe by the Central Intelligence Bureau (IB) and State Intelligence Wing.

He was picked up from Balasore and then taken to his Kantipur residence from where police seized two cell phones, a computer, one hard disc, pen drives, bank passbooks, bank account statements, and a UPS.

A Plus III graduate from Remuna College, Behera had joined ITR with a monthly salary of  Rs 8,000 in August 2007 and was working as a contractual videographer in the CCTV section of the control tower in ITR.