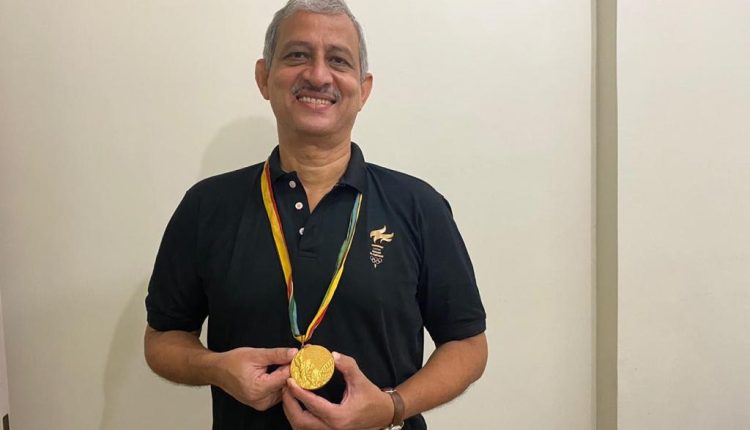 New Delhi: With less than 100 days to go for the FIH Men’s Hockey World Cup Bhubaneswar-Rourkela 2023, the anticipation to witness the world’s best hockey players at one of the world’s most preferred hockey destinations – Odisha, is only increasing by each passing day. While the Indian team carries out their preparations to end the medal drought in the prestigious event, it’s time for hockey fans to relive the memories from India’s historic World Cup campaigns through Hockey India’s Flashback Series – World Cup Special.

Through these series of articles leading up to the marquee event in Odisha, Hockey India will bring you thoughts, anecdotes and trivia from Indian Hockey Legends who ruled the world with their wizardry and panache.

Winner of the Gold Medal in 1980 at the Moscow Olympics, and a former Captain of the Indian Men’s Hockey Team, the legendary MM Somaya, who was part of two World Cup campaigns, recalls his memories from the years gone by.

Four decades ago, India hosted their first ever Men’s FIH Hockey World Cup, when the showpiece tournament was played in Mumbai (then Bombay). It was the fifth edition of the tournament and hosts India were coming off the back of a Gold medal at the 1980 Moscow Olympics.

Turning back the clock, MM Somaya, one of the mainstays of the Indian team in the 1980s, said, “We finished fifth in the 1982 World Cup, which was really keenly contested and was played on grass. Pakistan went on to win the Gold medal, but looking back we could have made the semi-finals. We had a good squad, a very good forward line, and a very well-balanced team.”

While Somaya was an important part of the formation, his then-teammate Mohammad Shahid is another player who is remembered very fondly for his dribbling skills.

Speaking about Shahid, Somaya said, “He was a great individual player and had fantastic dribbling skills. Shahid had a wonderful tournament in the 1986 World Cup in London and went on to carry the team for many years. I would consider him to be one of India’s best players, he used to dribble at top speed and caught many players on the wrong foot, as did Zafar Iqbal. We had some of the best dribblers in the game at that point in our team.”

Cut to the current day, Somaya is impressed with the Indian Men’s Hockey Team and is hopeful that they can finish the FIH Odisha Hockey Men’s Hockey World Cup Bhubaneswar-Rourkela 2023 on the podium.

“I think in the last 8-10 years the Indian Men’s Hockey Team has transformed itself and they are doing much better because we are now among the top four teams in world hockey. I must compliment the coaching staff and the scientific training that is imported to these players, that has made them a very strong team and I’m hopeful that in the coming World Cup they will go on to challenge the best and hopefully finish amongst the medals.”

The FIH Odisha Hockey Men’s World Cup Bhubaneswar and Rourkela 2023 is set to begin on January 13, 2023, with Argentina facing South Africa in the tournament opener. Meanwhile, in Rourkela, India will compete against Spain in the fourth match of the day.

“The Indian Men’s Hockey Team has given us great joy over the last few years and it has been a pleasure to watch them play. I was really thrilled at the podium finish at the Tokyo 2020 Olympics. So, I’d like to wish every member of the team and the coaching staff the very best for the upcoming FIH Odisha Hockey Men’s Hockey World Cup Bhubaneswar-Rourkela 2023,” he signed off.

Malaika Arora Shares ‘I Said Yes’ Post; Is She Getting Married to Arjun Kapoor?