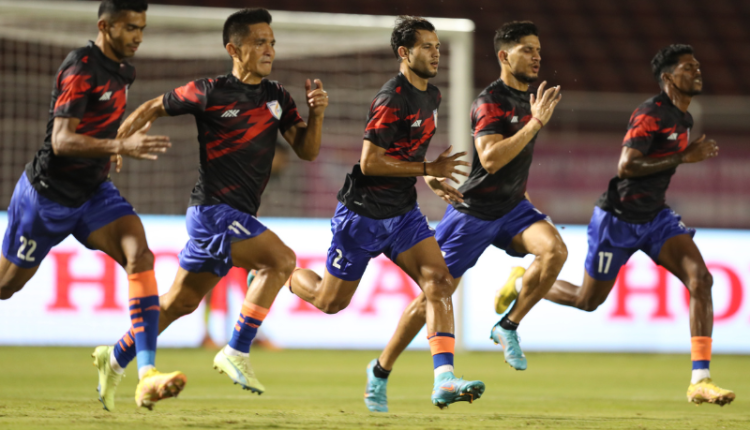 NEW DELHI: The Blue Tigers will have to exercise extreme focus in their second match of the Hung Thinh Friendly Football Tournament, as they gear up to face hosts Vietnam at the Thong Nhat Stadium in Ho Chi Minh City, on Tuesday, September 27, 2022.

The match is set to kick-off at 5.30 PM IST, and will be broadcast live on Eurosport and Eurosport HD; viewers in India can stream it live on the Indian Football Team Facebook page.

India played their first match of the competition against Singapore at the same venue, a game that ended with the two sides sharing the spoils in a 1-1 draw. Head coach Igor Stimac stressed on the importance of maintaining focus, before the Blue Tigers face off against hosts Vietnam.

“It will be a very different game against a much stronger opponent, so our approach will also change accordingly,” Stimac said on the eve of the match. “We need to be more focused, especially on vertical football and quick transition.

“At the same time, we must maintain focus on our defence as well. They pose a real threat from long range shots, and from their crosses, and we need to be able to deal with that,” said Stimac.

The India head coach has also closely followed the match between Vietnam and Singapore, and believes that the tomorrow’s opponents are an organised unit.

“I’ve watched their first match against Singapore and they (Vietnam) are a very disciplined side,” said Stimac. “They have also had enough time after the first game for recovery, while we need to see how many of our boys will be available and fit to play.”

However, the 55-year-old chose to look at the bright side, as most of his players are now available for selection. Hinting that there may be significant changes to the side, he said, “A few of our players are back and fresh now, so we will make sure we have enough strength and speed on the pitch for Vietnam.”