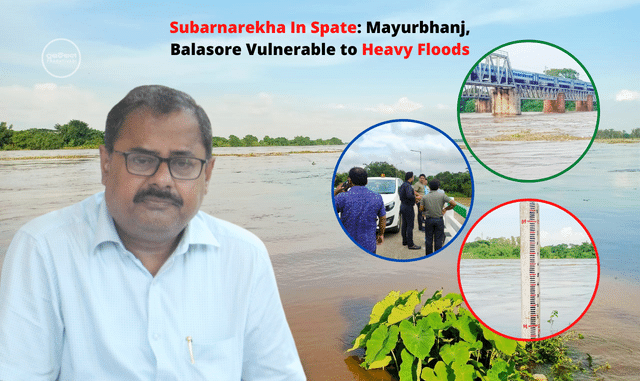 Bhubaneswar: The flood in Subarnarekha will reach its peak at around 12 noon on Monday as 6 lakh cusecs of water is being released into the river by Jharkhand from Galudihi Barrage, informed Water Resources Department Engineer-In-Chief (EIC) BK Mishra.

“Most of the areas of Mayurbhanj and Balasore districts are going to be inundated due to heavy flood in Subarnarekha River. By Sunday night, the water has entered the entered low-lying areas in Bhogarai and Baliapal marooning many villages. It if of apprehension that the situation may escalate by Monday morning as the water is rising overnight,” the Engineer-In-Chief said.

“The water released from the Galudih barrage on Saturday night, will cause heavy flooding in Mayurbhanj and Balasore districts, he added.

On the other hand, Special Relief Commissioner Pradeep Jena said, “All kinds of precautionary measure are being taken to tackle the possible situation. Both district administrations have been notified in this regard.