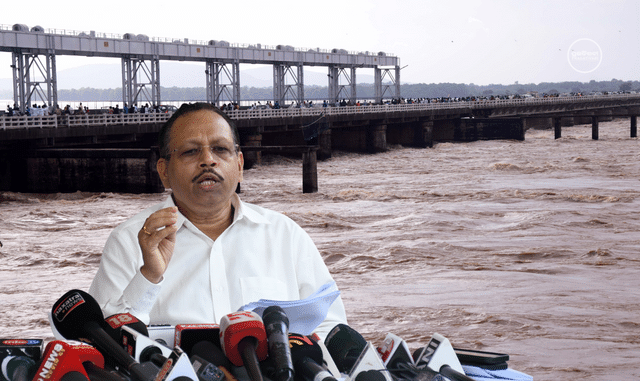 Bhubaneswar: The Odisha Special Relief Commissioner (SRC) on Tuesday evening informed that around 2 lakh people had been affected by the floods in 10 districts of the state.

Addressing a presser on the present flood situation in Odisha, SRC PK Jena said that the flow of flood water in Mahanadi is at its peak at Mundali in Cuttack and the same will continue for another 8 to 9 hrs till 3 am.  The waters will flow into the seas by the evening from 6 pm to 9 pm on Wednesday, the SRC informed.

Further informing about the evacuation and relief arrangements from the affected people, the Odisha SRC said that more than 26,000 people have been evacuated to temporary shelters till now while 90 free community kitchens have been opened in the affected areas to provide cooked food to the evacuated people

SRC PK Jena also stated that due to the flood water, there have been two embankment breaches in Rajua river Right & in Makara river. He also added that 1366 villages in 49 blocks have been affected while about 237 villages are inundated in flood waters.

Funds for ABDM implementation to be given on performance of states, UTs in recording data: NHA