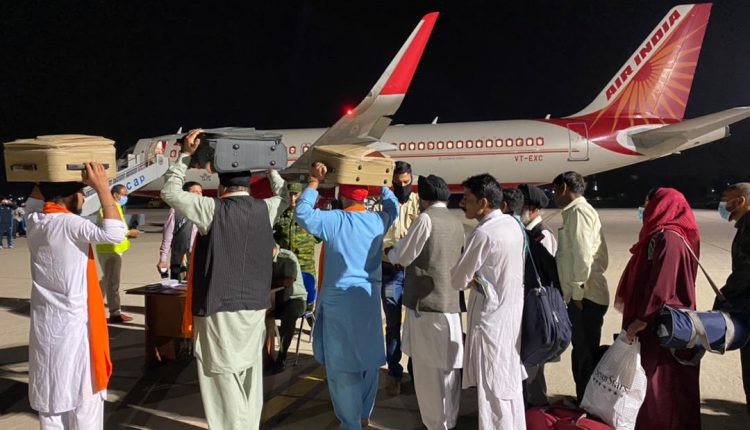 New Delhi: As many as 78 people, including 25 Indian nationals, are being brought to New Delhi from Tajikistan’s Dushanbe in a special Air India flight on Tuesday, according to the ministry of external affairs (MEA).

They were flown out of Taliban-controlled Kabul to Dushanbe in an aircraft of the Indian Air Force (IAF) a day before.

Helping in the safe return from Afghanistan.
AI 1956 enroute to Delhi from Dushanbe carrying 78 passengers, including 25 Indian nationals. Evacuees were flown in from Kabul on an @IAF_MCC aircraft.@IndEmbDushanbe pic.twitter.com/BcIWLzSLrL

India is expected to evacuate more people, including its own nationals and dozens of Afghan Sikhs and Hindus, from Kabul. On Monday, Indian authorities evacuated 75 Sikhs amid the deteriorating situation in war-torn Afghanistan.