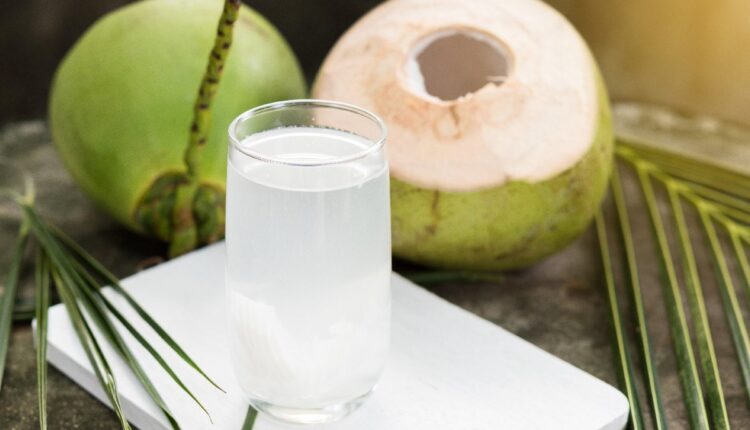 New Delhi: Coconut water is known for its concentration of electrolytes, vitamins, and minerals. Coconut water has been consumed for centuries in tropical regions around the world. In traditional Ayurvedic medicine, coconut water is believed to help digestion, urination, and even semen production. It has also traditionally been used to treat dehydration and given as ceremonial gifts throughout the tropics. While it may not be a miracle cure, it does have many health benefits.

The fat content in coconut water is extremely low, so generous quantities can be consumed without the fear of immediately packing on the pounds. It also suppresses the appetite and makes you feel full because of its rich nature.

Next time you overdo it and drink more than your belly can handle, consume coconut water to settle your stomach. It will also replace those essential electrolytes that exit the body if you experience bouts of frequent urination and vomiting.

The ingredients in coconut water are way more effective at hydrating the human body than those of sports and energy drinks. During rigorous exercise or extended periods of physical activity, the human body loses mineral-rich fluids. However, coconut water serves as an excellent replacement medium with 294 mg of potassium and 5 mg of natural sugar per glass, unlike your favorite sports drink that only contains half of the potassium content and five times the amount of processed sugar. In addition, the sodium count is only 25 mg, which is relatively low compared to the 41 and 20 mg found in sports drinks and energy drinks respectively.

Unlike any other beverage on the market, coconut water contains five essential electrolytes that are present in the human body. These include calcium, magnesium, phosphorous, potassium, and sodium. Because of its unique composition, coconut water can be enjoyed by individuals with varying medical conditions.

In many instances, a disproportionate level of electrolytes can result in high blood pressure. Because coconut water contains an adequate supply of each, it can be used as a balancing mechanism. In some instances, it is recommended that coconut water be consumed at the start of each day to foster the balance of these electrolytes.