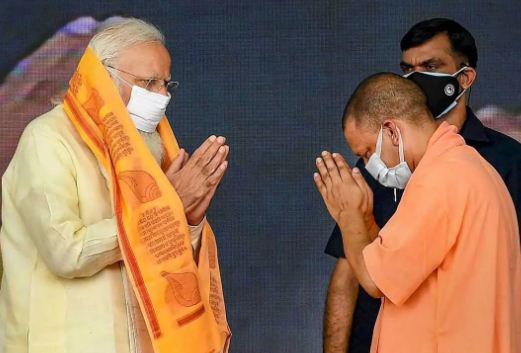 Varanasi: At least five persons were detained by the Varanasi police for allegedly writing slogans against Prime Minister Narendra Modi and Chief Minister Yogi Adityanath on the walls of the Sigra police station.

The suspects were detained on the basis of footage obtained from the CCTV cameras installed near the police station.

Further interrogation by the police and intelligence sleuths is on to find out the organisation they were linked in. All of them were from Bihar, Inspector Anup Shukla of Sigra police station informed.

6 Held With Over 1Kg Of Brown Sugar In Cuttack