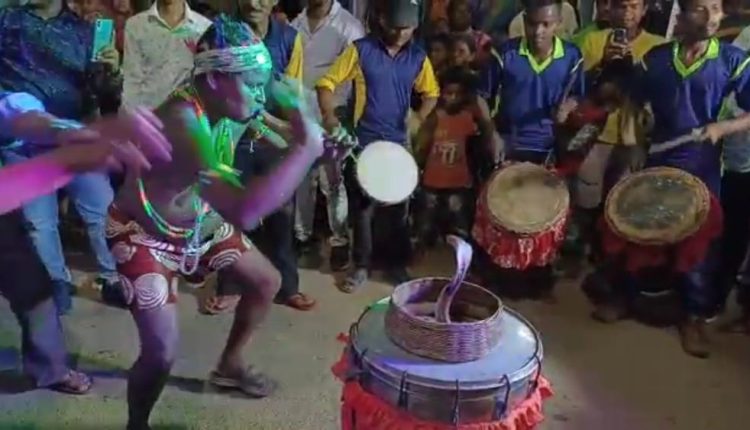 Five Held For Dancing With Snake During Baraat In Mayurbhanj

According to reports, the matter came to the fore after a video went viral in which a poisonous snake was spotted performing to the tune of the charmer on the streets. Following the Karanjia Forest Department was informed.

On being informed, the officials arrived at the spot and detained the snake charmer along with five others.

Three Of Family Found Hanging From Ceiling Fans Inside House