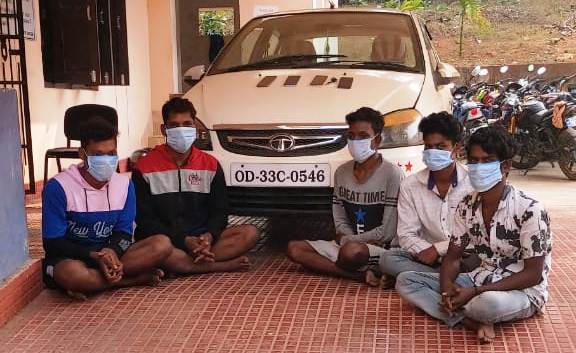 Khallikote: Police have nabbed five dacoits and seized a car used in the burglary of Palei Electronics shop at Kesharpur station under Khallikote PS in Ganjam district on December 22. The burglars had broke open the shutter of the electronic shop.

Police sources said these dacoits were involved in different theft cases in Khallikote. It was found that they were also involved in a dacoity case in 2018.

An Indigo ECS car and four mobile phones were seized from their possession during the raid. Efforts are on to bust the dacoity in which Rs 6 lakh was looted from  Chilika Swasti employee two months ago, added sources.