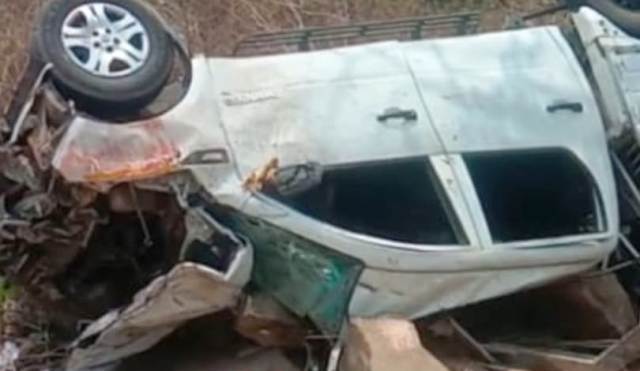 Phulbani: Five people were critically injured after a pick-up van they were travelling in overturned in Kalinga Ghat road under G. Udayagiri police station limits in Kandhamal district.

According to reports, five persons were returning from Baliguda to Bhanjanagar after completing catering work at a function when the accident took place in the wee hours.

However, the driver lost balance in the curvy ghat road and the vehicle turned turtle on the roadside. The pick-up van rolled down the ghat for 10-15 foot injuring the five persons critically.

They were initially rescued and admitted to Bhanjanagar hospital and later shifted to MKCG Medical College & Hospital in Berhampur as their health condition deteriorated, sources said.

There will be no shortage of COVID-19 vaccines in Odisha: Dharmendra Pradhan