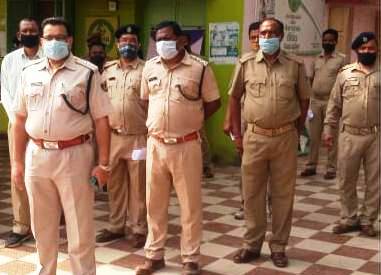 Fitness checkup of police officials above 40 yrs begins in Deogarh

Deogarh: In compliance with the direction of Odisha Director General of Police, the fitness check-up of police officials above the age of 40 years began today in Deogarh district.

Several other staff members also got their fitness parameters checked in the Out Patient Department (OPD) of the DHH.

Notably, the decision was taken by the Home Department in the view of making the police department more active with 100 per cent fitness of the officials above the age of 40 years.

Five Amazing Ways To Get Rid Of Chapped Lips